Discover the Saints that are Protectors of Animals

t is absolutely natural (albeit regretful) that our pets experience problems throughout their lives. Of course, the presence of a veterinarian is essential, but some owners also look to the belief for some spiritual help, whether from God directly or a saint. Check out the stories of these patrons who help protect our furbabies’ little friends (and beyond)! 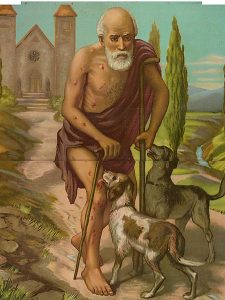 The Lazarus that we usually see in the “saints” is a poor man surrounded by dogs. He lived in Bethany and was the brother of Martha and Mary. Buried, Jesus brought him out of the tomb, restoring his life when all hopes were already lost.
He is revered by many who ask him for help against skin diseases. 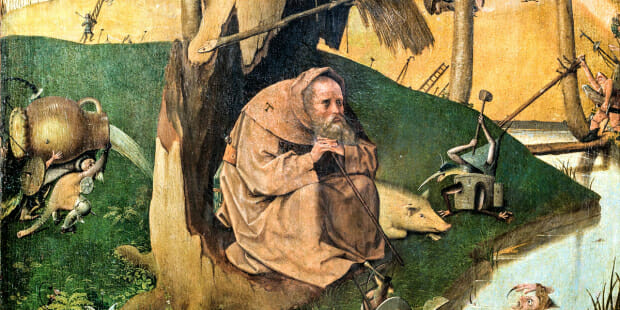 St Anthony of the Desert (Saint Anthony the Abbot)

St Anthony of the Desert, sometimes called St. Anthony of Egypt or St. Anthony the Great is considered the protector of domestic animals. He was an Egyptian monk who lived from 251 to 356. He chose to give up part of his inheritance and went to live in isolation as a hermit, having later founded a monastery to live in the Word of God. 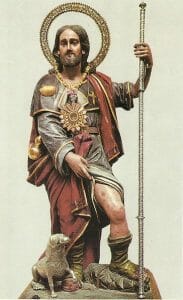 Roch or Rocco is a Catholic saint, a confessor whose death is commemorated on August 16 and September 9 in Italy; he is especially invoked against the plague. He was born in France and studied medicine in his -hometown, Montpellier. Still, he did not complete his training, as he abandoned this path to embrace another mission: to donate all his possessions to pilgrimage to Rome.

Rocco passed through a region affected by the plague. On the return trip, he found himself stricken by the disease. In Piacenza, northern Italy, with a large wound on his leg, he hid in the woods, isolating himself so as not to infect anyone. He would have starved to death if not for a dog, who stole scraps of food to bring to him.

To celebrate this intense connection between saint and dog — beings marked by kindness, dedication, fidelity — the images of Saint Rocco always represent him with the walking stick, accompanied by the beloved furry animal that carried a piece of bread in its mouth. 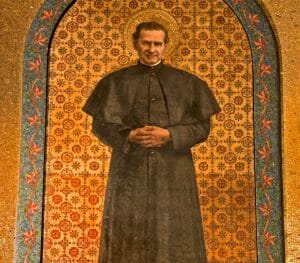 Another saint who embraced the cause in favor of animals is Saint Don John Bosco. He was born in the year 1815 and died in 1888. He was an Italian priest, founder of the Pious Society of St. Francis de Sales.
During the years 1854 to 1864, the Catholic priest was protected by a huge dog named Grigio, who was his canine guardian angel. When one night returning home, bandits began to follow him. As the priest annoyed some people in his community with helping the needy, he was ambushed by several men in a dark street and, if not for the dog, he would have died, as Grigio ran off after the bandits.

On the day that Don Bosco traveled to visit a friend, night fell, and, alone, he wished that Grigio were there with him; the dog soon appeared to accompany him safely to his destination. January 31 is the date on which this protector of animals, who was canonized in 1934 by Pope Pius XI, is honored. 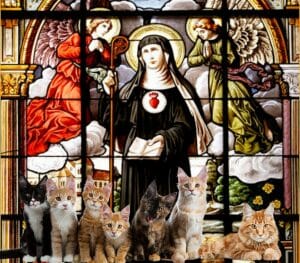 Her liturgical feast is on March 17.

Devoted to Jesus and Mary, she made sacrifices for the souls in purgatory, which appeared to her during prayers in the form of black rats that turned to gold, symbolizing her salvation through God’s mercy. She shared these visions with the nuns, encouraging prayers for these abandoned souls.

Because of these visions, she is always depicted with rats around her or holding her staff and cat. Devotees still invoke it today against rat invasions and the fear they arouse. She also became the patron saint of cats.

God requires that we assist the animals, when they need our help. Each being (human or creature) has the same right of protection.
Francis of Assisi 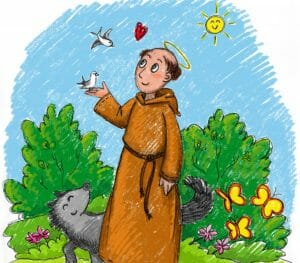 Saint Francis of Assisi is revered on October 4, when churches from around the world receive animals to be blessed. Considered the protector of all animals and nature, perhaps this is why St. Francis is the best known in the world among the saints previously spoken of.

The son of a wealthy merchant, he heard a call from Christ to “restore my house.” From this moment on, she gives herself to Him and the needy, making vows of poverty. He founded the Order of Franciscans and settled in mountain huts. However, disappointed with the paths traced by the Order, he opts for life in the forest in contact with animals, who become his inseparable companions in moments of solitude.

The most beautiful messages about animals are authored by San Francisco, showing how much they deserve our respect and consideration. His image always appears surrounded by several of them.

Path of Spirituality and Animals

Animals and The Franciscan Tradition