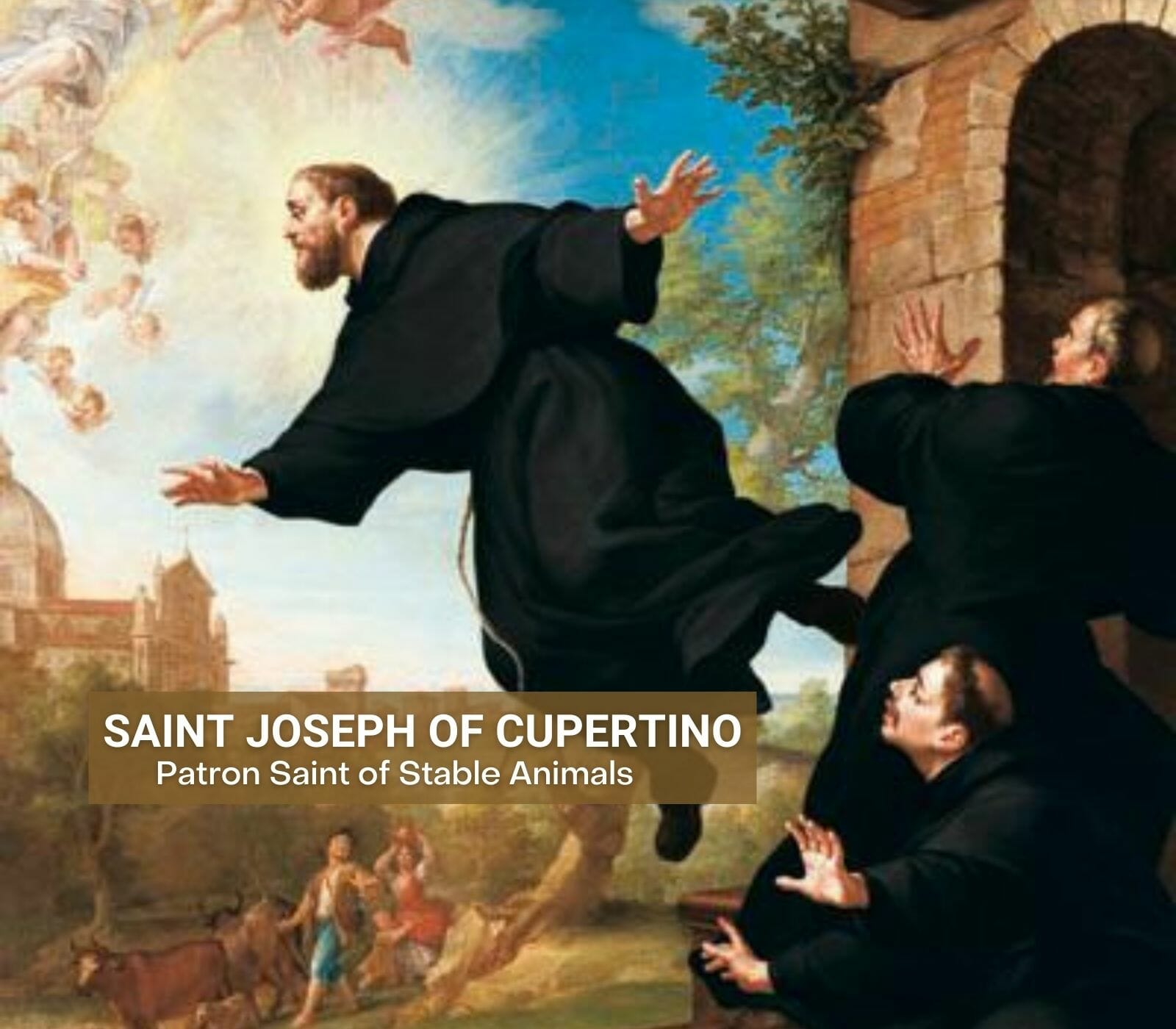 Saint Joseph of Cupertino’s influence over the Animals

Today, September 18th, we celebrate the feast of Saint Joseph of Cupertino.

Saint Joseph  Of Cupertino was a notable saint for many accounts. He was well known for performing many miracles and having many spiritual gifts such as bilocation and levitation.

We all know that Saint Francis of Assisi to have an extraordinary friendship with the animals. It was documented on numerous occasions how the birds often flocked to him and landed on his arms and shoulders, singing all the while sweetly. He spoke to them, and they responded by singing and fluttering their wings. Saint Joseph, like St Francis, loved God’s creatures, and for him, everything reflected the image of God. Animals were, for him, like a pair of eyeglasses, and he said: “Anyone who wears the eyeglasses to see only the eyeglasses and nothing else is out of his mind.”

Joseph used his power playfully, as St. Francis used. He had control over nature, over the birds and beasts of the field, surpassing even that of his Father, St. Francis of Assisi.

Through the grace of God, Saint Joseph of Cupertino worked various marvels with the animals.

The following are stories of this wonderful saint and his special connection to animals.

A house finch, to which he often said, “Praise God,” would praise the Lord or cease to do so at his command. Once, on setting free a goldfinch that had been caught in fowlers’ net, he said to it: “Go now and enjoy what God has given thee; I ask nothing more of you than that you return when I call you to praise with me your God and mine.”

Obedient to these words, the bird flew about in the garden nearby. When Joseph called it, it immediately would come straightway came to praise the Creator.

A hawk once killed a finch, which the saint had trained to say, “Jesus and Mary” and also “Friar Joseph, pray your Breviary.” The hawk returned at the saint’s command and when he reproached it saying, “You, thief! You have killed my finch, and you deserve that I should kill you!”

Amazingly, the hawk remained perched on the cage as if sorry for its misdeed. The witnesses state that it even allowed Joseph to strike it with his finger and only flew away when he said, “Now go.

This time I will pardon thee, but do not do such a thing to a pet again.”

Saint Joseph of Cupertino is known to Speak with animals and reportedly resurrected a flock of sheep. — Tradition says that he raised to life a flock of sheep that had been killed by enormous hailstones.

There was a convent of nuns not far from the monastery, where Joseph sometimes called for alms. To the nuns of St. Clare at Cupertino’s convent, the saint presented a white lamb to watch over their community’s discipline.

The lamb always was with the Nuns during their spiritual exercises. He was ever alert in the Chapel to wake the sleepy by butting and jostling. Also, to remove with hoofs and teeth any vain finery which it observed.

When the lamb had died, the saint promised to send the nuns a bird that should prompt them to love God, and thus it came to pass.

One day, when they had been good to him, he told them with a laugh that in return for their kindness, he would send them a bird to help them in their singing.

The next time they went to the office, in flew a sparrow by the window. All the time they sang, he sang too, when the office was over, he flew away again. And so, it happened every day, morning and evening the sparrow was there, as regular as any nun. But one day, a sister, passing him by, gave him a push ‘with her hand; the sparrow flew out at once and did not return any more. So when next Joseph came to the convent, the sisters told him that the sparrow was gone, but they did not tell him the reason.

“He is gone, and quite right,” said Joseph; “he did not come to you to be insulted.”

However, he promised he would make amends to the sparrow; and in due time, he appeared again and joined in the office as before.

But that does not end the story of the sparrow.

He would become so familiar that the nuns could play with him; one of them tied a tiny bell to his foot. All went well till Maundy Thursday; on that day, he did not appear, nor during the rest of Holy Week. When Joseph called on Holy Saturday to receive his Easter offering, they told him the sparrow had gone.

“No wonder,” answered Joseph, “I gave him to you to join in your music; you should not have made him a bell-ringer. Bells are not rung during these days of Holy Week. But I will see that he returns.”
And he did. The sparrow returned and did not leave again so long as Joseph remained in the neighborhood.

The birds had a great love for him. Finches and sparrows used to keep him company. People would call him “St Francis reincarnate.” Together he and the birds would sing of the glory of God.

One story that has been related concerns Joseph and the shepherds who came every Saturday for the Litany at the Chapel of St Barbara.

On one of these Saturdays, Joseph insisted that the shepherds bring along their sheep with them. During the Litany, at each of the invocations, it seemed that the sheep were answering with a harmonious bleating. There was a heavy hailstorm that had killed a flock of sheep on a nearby farm. Joseph went along and picked up each sheep, saying, “Rise in the name of God,” until all the sheep came back to life.

Another story about his stable animals.

“…One Saturday Joseph went to the Chapel and found not a soul there. It was harvest time; shepherds and villagers were out in the meadows and had forgotten to tell him they could not come. Joseph, knowing nothing of the reason, talked to himself about the fickleness of men in the service of God. As he spoke, he looked down the valley in the distance. The sheep were in the fields, but there were no shepherds, only a few children to tend them. Joseph raised his voice.

“Sheep of God,” he cried, “come to me. Come and honor the mother of God, who is also your mother.”
Immediately the sheep all around looked up. They left their pasture, leaped over hedges and ditches, formed into orderly companies, and gathered round Joseph at the chapel door. When they finished assembling, Joseph knelt and began:

“Kyrie Eleison.”
“Baa,” answered the sheep.
“Christe Eleison.”
“Baa.”
“Sancta Maria.”
“Baa.” And so, it went on till the Litany was finished. Then Joseph stood and blessed his congregation, and the sheep went back to their pastures as if nothing unusual had happened…” 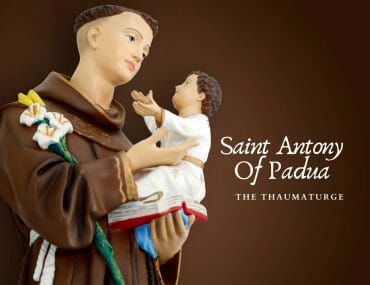 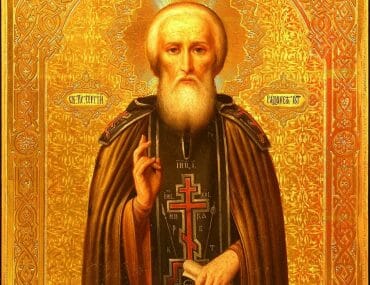