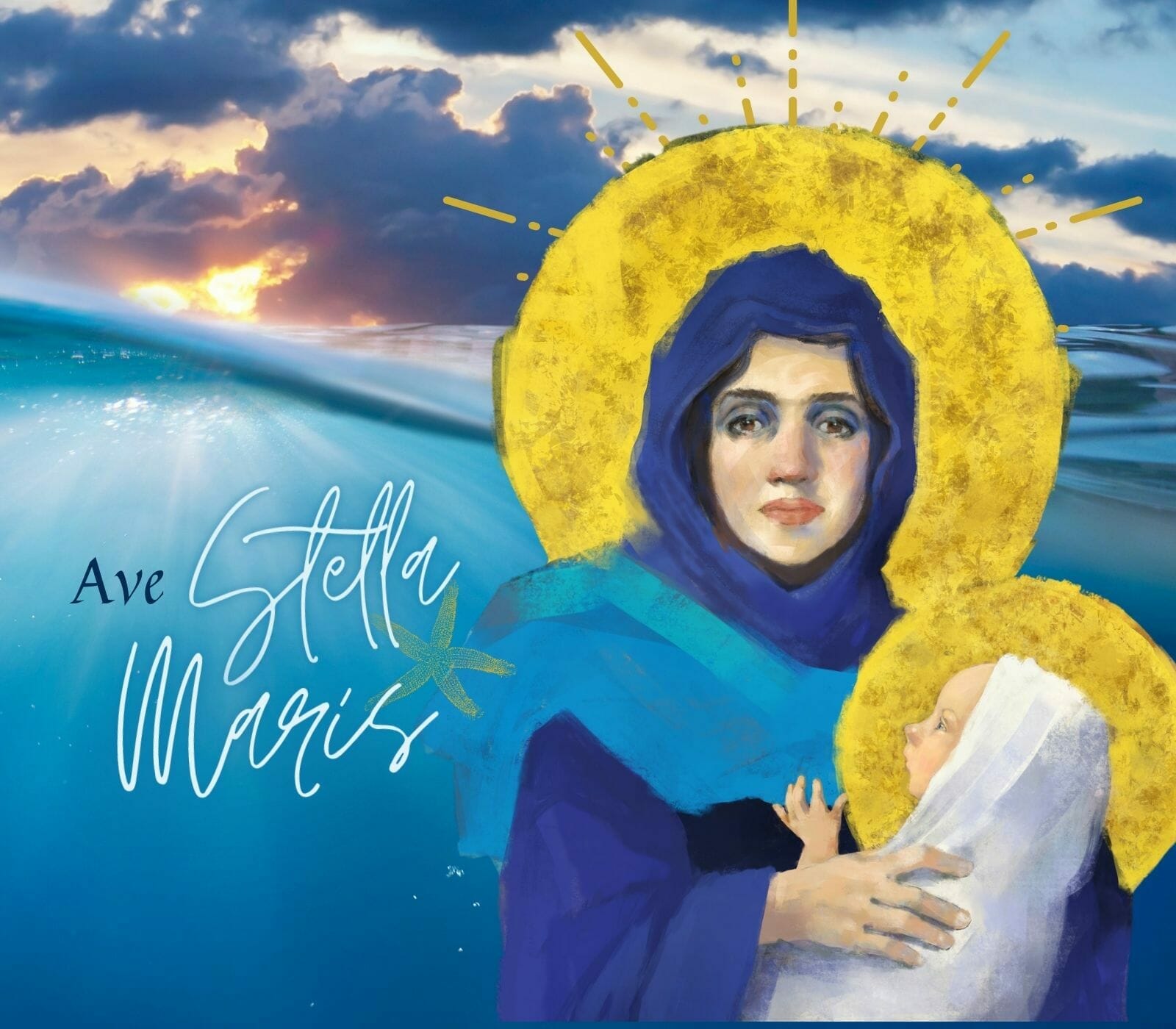 Stella Maris: Mary the Star of the Sea

Devotion to Mary as Star of the Sea has special meaning to those of the Carmelite Order.

The first Carmelite Monastery founded in the 12th century on the hills of Mt. Carmel was named Stella Maris.

According to Carmelite tradition, the cloud that descended over the sea after Elijah’s sacrifice on Mt. Carmel was consumed is said to be the Star of Mary–a sign of hope.

History and Origin of Devotion

The Latin hymn Ave Maris Stella (Hail Star of the Sea) printed below in English is a beautiful tribute, both in prayer and song, to the Blessed Virgin Mary. The original Latin text dates back to around the 8th-9th centuries. The Authorship of the Ave Stella Maris is unknown. Still, it has been attributed to Venantius Fortunatus (d 609), Paul the Deacon (d 787), St. Bernard of Clairvaux (1090-1153), and King Robert (1031). The Ave Stella Maris is most frequently attributed to St. Bernard of Clairvaux. But the presence of the hymn in the Codex mentioned above shows that it predates him.

Because of its frequent use in the Divine Office, it was very popular in the Middle Ages. It became a foundation of inspiration for many other hymns after that. In addition, it was a favorite of those chanting it as part of the Divine Office (the Liturgy of the Hours).

The earliest theological references to Mary as “Star of the Sea” come from the writings of Paschasius Radbertus, a 9th century Benedictine abbot and theologian, who wrote:

Mary Star of the Sea must be followed in faith and morals lest we capsize amidst the storm-tossed waves of the sea. She will illuminate us to believe in Christ born of Her for the salvation of the world.

The Ave Maris Stella (also Ave Stella Maris)—Latin for Hail, Star of the Sea—is a famous liturgical hymn preserved in the Codex Sangallensis, held in the Monastery of Saint Galen, Switzerland. The hymn is also found in ancient codices of the Divine Office for Vespers on Marian Feasts.

Today, in the Divine Office (Roman Breviary to Vespers in the Common Office), the Office for Saturdays, the Little Office of the Blessed Virgin, and other Feasts.

Taking that sweet Ave,
which from Gabriel came,
peace confirms within us,
changing Eve’s name.

Break the sinners’ fetters,
make our blindness day
Chase all evils from us,
for all blessings pray.

Show thyself a Mother,
may the Word divine
born for us thy infant
hear our prayers through thine.

Virgin all excelling,
mildest of the mild,
free from guilt, preserve us
pure and undefiled.

Keep our life all spotless,
make our way secure
till we find in Jesus,
joy forevermore.

Praise to God the Father,
honor to the Son,
in the Holy Spirit,
be the glory one.

Singular virgin,
more gentle than all,
absolve us from sin and
make us gentle and pure.

For centuries, Our Lady, Star of the Sea has been a guiding light of hope to those that sail the seven seas. Mary can also be a guiding light to Christ for us as we struggle with the storms of life.

The traditional prayers for the Chaplet of Our Lady Star of the Sea.

Begin on the medal and pray:

Most beautiful Flower of Mount Carmel, Fruitful Vine, Splendor of Heaven, Blessed Mother of the Son of God, Immaculate Virgin, assist me in this my necessity. O Star of the Sea, help me and show me herein you are my Mother.

Holy Mary, Mother of God, Queen of Heaven and Earth, I humbly beseech you from the bottom of my heart to help me in this necessity; none can withstand your power.

On each of the first three beads, pray one Our Father, one Hail Mary, and one Glory Be.

On each of the twelve beads of the circle, pray the following:
Our Lady, Star of the Sea, help and protect us!
Sweet Mother, I place this cause in your hands.

(The Confraternity of Our Lady Star of the Sea)

Some also suggest including the Ave Stella Maris as a final prayer on the medal.

Personally, my favorite way to end the devotion is to use the Searfarers’ Prayer written by Pope John Paul II.

O Mary, Star of the Sea, the light of every ocean,
guide seafarers across all dark and stormy seas
that they may reach the haven of peace and light
prepared in Him who calmed the sea.

As we set forth upon the oceans of the world
and cross the deserts of our time,
show us, O Mary, the fruit of your womb,
for without your Son, we are lost.

Pray that we will never fail on life’s journey,
that in heart and mind, word and deed,
in days of turmoil and in days of calm,
we will always look to Christ and say,
“Who is this that even wind and the sea obey him?”

Bright Star of the Sea, guide us!

Tags: Our Lady of Mount Carmel / Stella Maris / The Star of the Sea 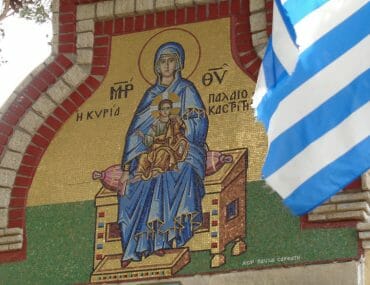 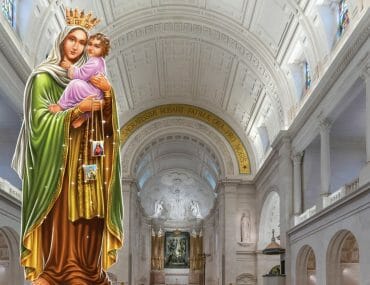 NOVENA PRAYERS OF OUR LADY OF THE SCAPULAR OF MOUNT CARMEL