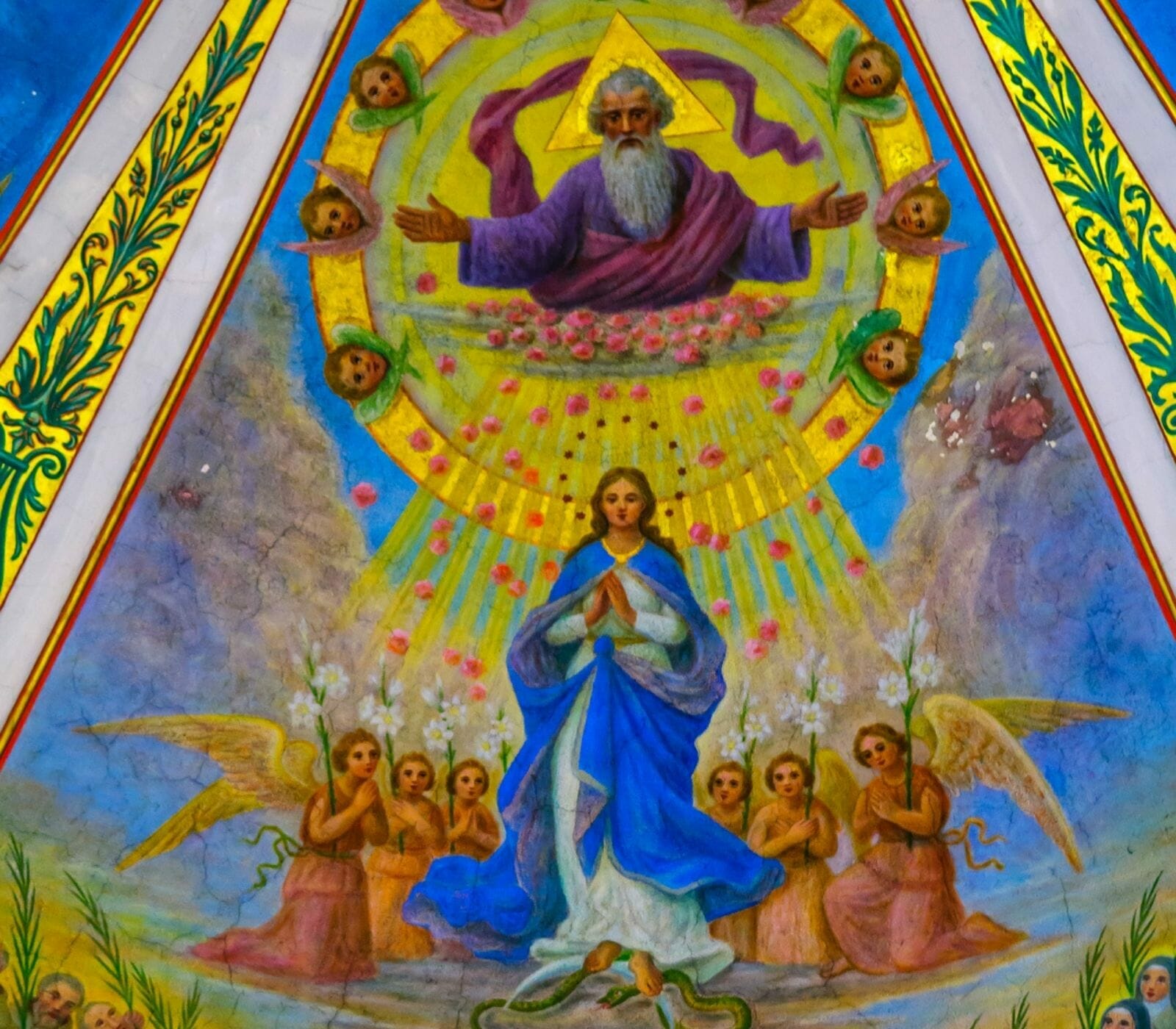 In the late eleventh and early twelfth centuries, a group of hermits formed on Mount Carmel in Palestine. The word karmel means “garden-land” and is of uncertain origin. It is either a compound of kerem and el, meaning “vineyard of God” or a clipping of kar male, meaning “full kernel. Their goal was to live a simple lifestyle, in love and devotion to the Virgin Mary.

This group gave rise to the original Order of the Brothers of the Blessed Virgin Mary, created to demonstrate love and devotion to the Virgin Mary.

Later, the name of the religious Order was changed to the Order of Carmelites. Finally, in 1892, the Monastery of Our Lady of Monte Carmel was built.

At a time of persecution of Christians, St. Simon – elected the superior of the Order – prayed to Our Lady, asking for her help.

The prayer he prayed to Saint Mary is still in use by the Carmelites.
“Flower of Carmel, the vine in bloom. The splendor of Heaven. Virgin Mother is incomparable. Sweet Mother, but always virgin. Be favorable to the Carmelites. O Star of the Sea.”

During the prayer, a great miracle happened to give a new direction to the Order of Carmelites; Our Lady, with several angels around her, appeared to Simon and said:

“Receive, my son, this scapular of your Order, which will be the pledge of the privilege I have won for you and for all the children of Carmel. Everyone who dies with this scapular will be preserved from the eternal fire.”

In ancient Canaanite culture, high places were frequently considered to be sacred, and Mount Carmel appears to have been no exception; Egyptian pharaoh Thutmose III lists a holy headland among his Canaanite territories, and if this equates to Carmel, as Egyptologists such as Maspero believe, then it would indicate that the mountain headland was considered sacred from at least the 15th century BCE.

According to Carmelite tradition, the crypt of the Stella Maris Monastery, seen here in a 1913 photo, was originally the hiding cave of Elijah
The Order was founded at the site that it claimed had been the location of Elijah’s cave, 1,700 feet (520 m) above sea level at the northwestern end of the mountain range.

Prayer to Our Lady of Mount Carmel 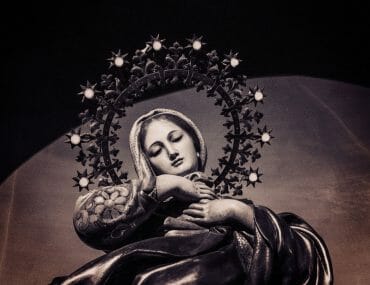 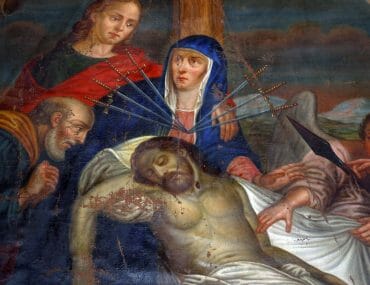 Prayer to Our Lady of Sorrows