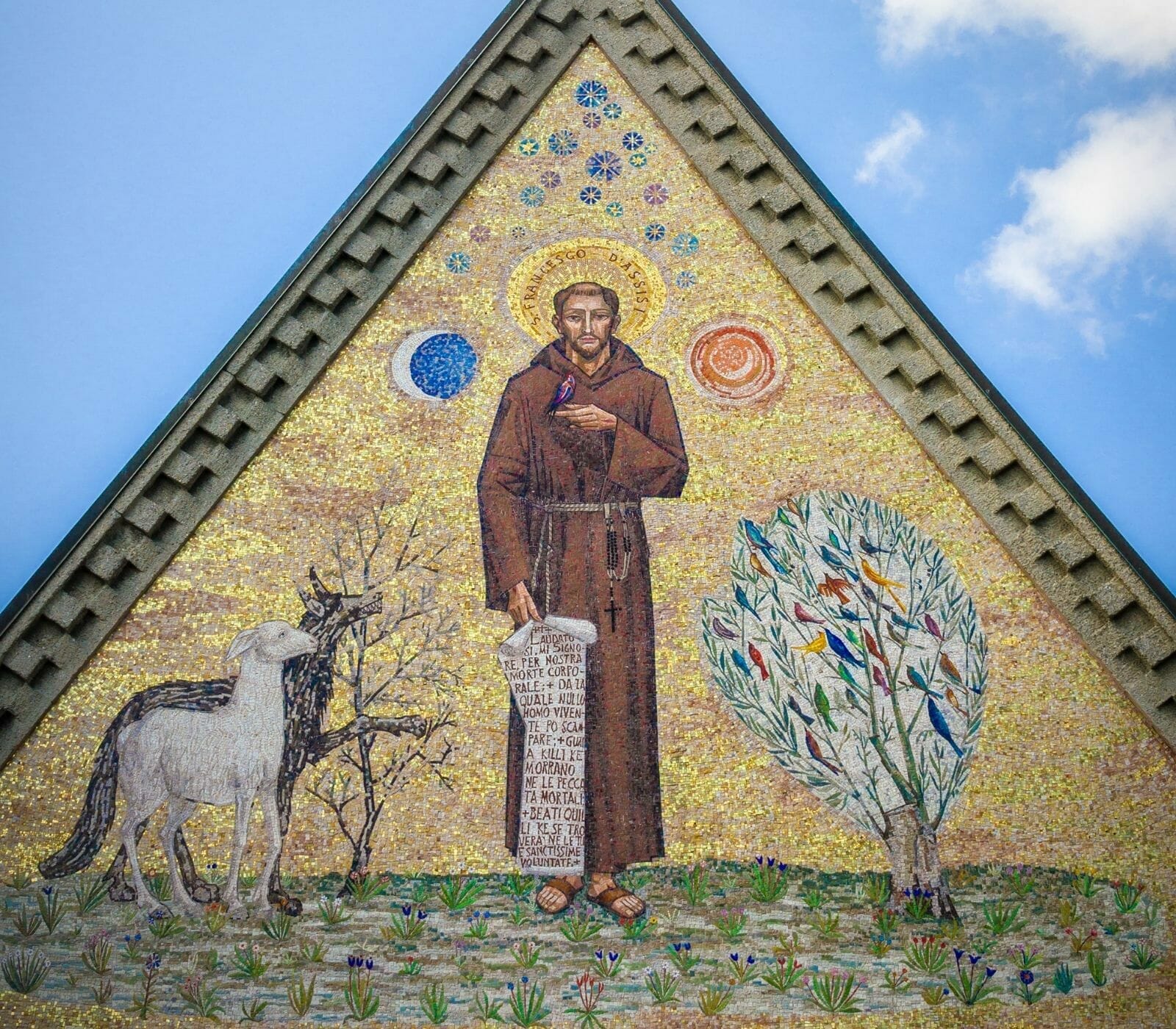 Considered the patron saint of animals, St. Francis of Assisi had as its life theme the love of nature, developed in all its forms. For him, all animals deserved respect and affection because they are also God’s creatures.

In all his stories and prayers, animals of the most varied species are present. In one of them, for example, it is said that San Francisco managed to speak to a wolf, calming its ferocity and transforming the lives of many.

Saint Francis and the Lambs

An episode narrated by Tomás de Celano tells that Francisco and a friend of his found a man who was carrying two lambs on his back to sell them at the market one day. Francis, filled with compassion, knowing that the animals would be sold and consumed, gave the man his cloak, exchanging it for the two lambs.

Saint Francis and the ducks

In Franciscan tales, the story of a miracle that happened in Lugnano in Tavernina is told. One day, San Francisco saw a wolf attack a woman to steal her child. The Saint asked the ducks to chase the wolf, so they took the child back to his mother.

Saint Francis and the Larks

October 4, the day of the Saint’s death, is also linked to a legend. It is said that Francis before he died, began to sing the Canticle of Creatures one last time. Then, suddenly, the larks – who usually sing in the morning while at that moment it was night – accompanied him with their sound, keeping him company until his final hour.

Saint Francis and the Gubbio’s Wolf

The Wolf of Gubbio was a wolf who, according to the Fioretti di San Francesco, terrorized the Umbrian city of Gubbio until he was tamed by St. Francis of Assisi acting on behalf of God.

The story is one of many in Christian lore and narrative that depicts the Saint exerting influence over animals and nature.

When Saint Francis was living in the city of Gubbio, a great wolf, terrible and fierce, appeared in the county. The creature devoured the animals and attacked the men to the point that they were all terrified because several times, the wolf came very close to the city. Saint Francis, moved by compassion, wanted to go out and face the wolf, but the townspeople didn’t want to let him and tried to dissuade him.

But Saint Francis walked resolutely to where the wolf was, and in the eyes of many people, the following happened:

The wolf advanced towards Saint Francis with his mouth open, and Francis made the sign of the cross, called him, and said: “Come here, brother wolf, I come forth to you from Our Creator Jesus Christ. That he does not harm anyone and nothing – Admirable thing.

He just said this, and the terrible wolf closed his mouth and approached gently, lying down at the feet of the Saint.

Saint Francis then said: “Brother wolf, you are doing a lot of damage and fear in this village by mistreating and killing creatures of God without His permission. You are not content to kill other animals and beasts and still dare to give death and cause damage to the men, the image of your God. For all this, you deserve the strength of the thief and the evil murderer. I want, brother wolf, to make peace with you and the people of this city, so stop persecuting men and their animals.

With these words, the wolf bowed his head. Saint Francis supposedly said, “I’m going to make the people of this town give you what you need so you don’t starve, but don’t harm either man or any other animal. Do you promise me? The wolf bowing his head, he says he clearly understands what St. Francis was saying, and he says, “come with me.”

The wolf lifted its forepaw and placed it in San Francisco’s hand.

From that date onwards, the wolf went from door to door, and everyone treated him like a pet dog and gave him food and shelter. And the wolf has not to harm these people.

He lived quietly and died as an old animal in this city as a reminder of the miracle of Saint Francis.

We are One Family, We are all God’s creation

In 1979, Pope John Paul II elevated the Italian friar to the patron saint of The Ecology and Ecologists. In a later speech, he encouraged Catholics to follow the example of Francis of Assisi, encouraging them to see animals, human and non-human, as members of a single Earthly family.

“Respect for the life and dignity of the human person also extends to other creatures who are called to join man […]. Francis invited all animals, plants, natural forces, including Brother Sol and Sister Moon, to honor and praise the Lord.

The poor of Assisi gives us an impressive testimony that when we are at peace with God, we are much more capable of building that harmony with all creation, which is inseparable from peace among all peoples”, declared the pope in celebration of World Day of Peace on January 1, 1990.

“All creatures are our brothers and sisters,” said Francis of Assisi, who claimed not to see animals as beings with less right to life than humans, so much so that he shared the same preaching with people and animals. According to researchers, his love for God was manifested through his passion for human and non-human creatures.

His qualities attracted many followers, and in 1209 he created a new religious order, known as the Order of Friars Minor or Order of Saint Francis. “Saint Francis saw sacredness even in an insect,” said German writer and philosopher Max Scheler. The friar cared for many lepers and tried to establish peace between Christians and Muslims during the Fifth Crusade (1217-1221), although unsuccessful.

Considered the protector of animals and ecology, it is said that one day he crossed a valley in Spoleto and, near Bevagna, in the region of Umbria, he saw a multitude of birds of the most different types gathered together. Touched by the scene, Francis of Assisi ran to them and greeted them as if they shared human reason. Then, as the birds did not flee, he approached each one and touched their heads and bodies with his tunic, blessing them.

As the friar spoke, the birds are said to have moved in his way, craning their necks, spreading their wings, their beaks, and watching him as if reacting to his words. From that day on, he never stopped blessing the animals or trying to communicate with them, in addition to helping them when necessary.
Regardless of religion, it is undeniable that the story of the young Italian who abandoned wealth and later became known as Francis of Assisi Throughout the history of Christianity motivated many people to have compassion for animals in a more spiritual context. 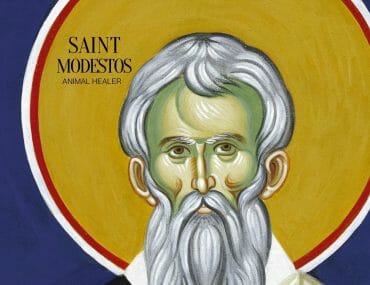 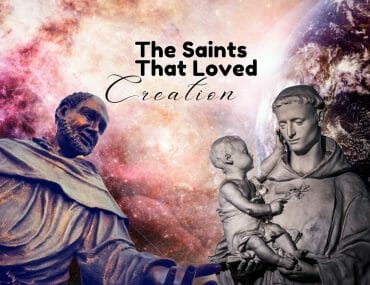