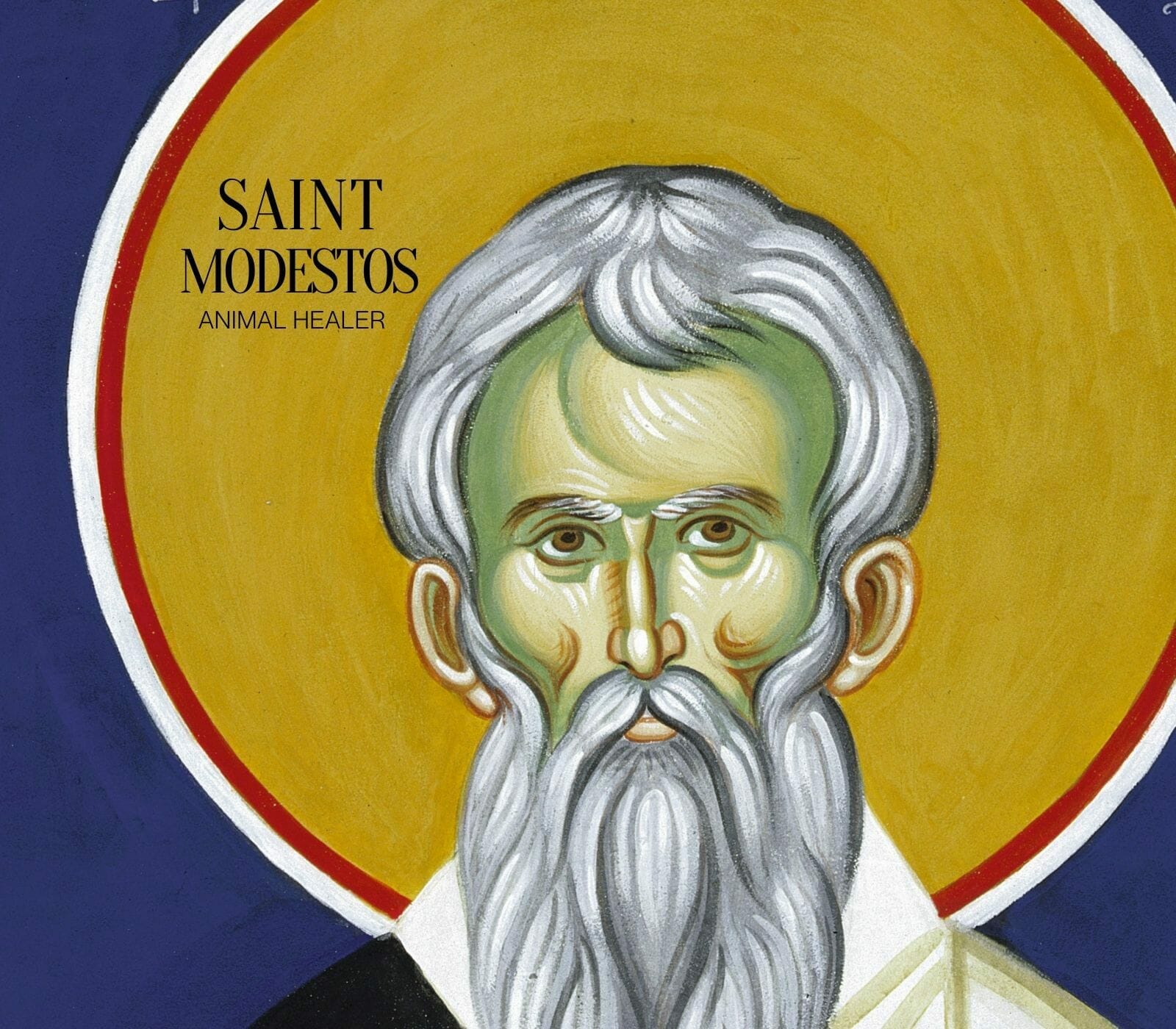 Today, December 16, we celebrate the feast of Saint Modestos of Jerusalem!

Born in 292 AD, Saint Modesto has been known for years as the Orthodox Christian patron saint of animals. During his life, he was known both for his piety and for his respect for animals. His most famous animal prayer includes a request for the creator’s protection of the animals we love from all illness and injury.

The Saint Guardian, Protector, and Healer of Animals

It all goes back to stories from his legendary biography.

One tale relates that a farmer was on the road with his oxen when the devil attacked them, and they fell dead to the ground. The farmer prayed for Modest, who came and raised them up again. But as the farmer proceeded on his way, the devil attacked them once more, and again they fell to the ground. Modest appeared again, raised them up, and this time he tied his belt to them, so that the devil could no longer trouble them.

Once, there was a poor widow who had five pairs of oxen, which were her only means of support, and which, unfortunately, at one point, they all turned greatly sick.

The woman was greatly worried and mourned inconsolably. She took refuge in the Church and implored all of the Saints to help in her time of need. Having not found any help, she called upon the Holy Sts. Kosmas and Damian, to have mercy on her.

The poor woman thought that her oxen were in danger of being lost because of her sins.

In her sleep, Sts. Kosmas and Damian appeared to her and told her that they were not granted the Grace to heal animals, for this Grace was granted by God to the great Bishop of Jerusalem Modesto.

They said if she went to him, her oxen would be healed!
She awoke and hastened straightaway, seeking St. Modesto, but did not find him because he lived far from Jerusalem. So she prayed with fervent faith for this Wonderworking physician to be revealed…

One night, the woman saw the Saint in a dream, who asked her why she was weeping so and revealed to her that he was the Modestos she was seeking and that he had heard her prayer and had come to heal her oxen!

He advised her to cut off a portion of her iron tools and go to a place called “Laganas,” where there was a Church of the Archangel Michael.

There, in front of the Church, lived a good artist named Eustachio, and with her iron, he would make a cross that she should bring to her home.

In the morning, when the priests would be serving liturgy, she should take the Cross, dip it in some oil, and anoint her oxen straightaway in the name of Christ. This supplication would heal them from their sickness.

The woman did as the Saint advised, and her oxen were healed. Again she was able to work without any problem. At the same time, all gave glory to God, who gave such Wonder-working power to His servant Modesto.

The title inscription says Svyatuiy Myedost, Patriarkh Ierusalimskiy. We can see from the second letter in his name that the writer is pronouncing it with a “ye” sound — so “Myedost.”

We also see a winged serpent by the water on the right side. A demonic serpent is said to have killed animals in Jerusalem by poisoning the water with his venom. Medost/Modesto got rid of him.

There are various other animals in the icon, including a dog. It is said that Modest once adjured the devil, who had appeared in the shape of a dog.We can see from the saints included that this icon was oriented specifically toward those needing protection for herds, horses and other livestock in the days before one could just call a veterinarian.

There were all kinds of folk beliefs about the day of Modest’s commemoration, one of which was that women were not to play card games on it. If they did, then when summer came, the chickens would peck holes in the cucumbers in the garden.(1)

Since then, the art of the faithless and magicians could not affect the houses of faithful Christians, for they could not approach the extraordinary power of that Cross. So today, whoever celebrates the memory of Saint Modesto with faith, preparing a cross as mentioned above, his animals remain unharmed, through the Grace of our Lord Jesus Christ, from every diabolic energy and danger by men.

The Prayer of Saint Modesto, the Healer of Animals 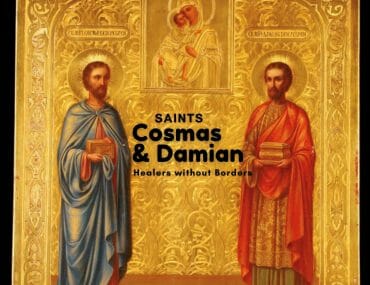 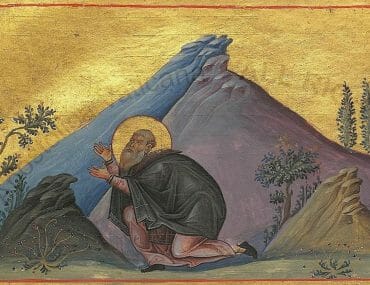